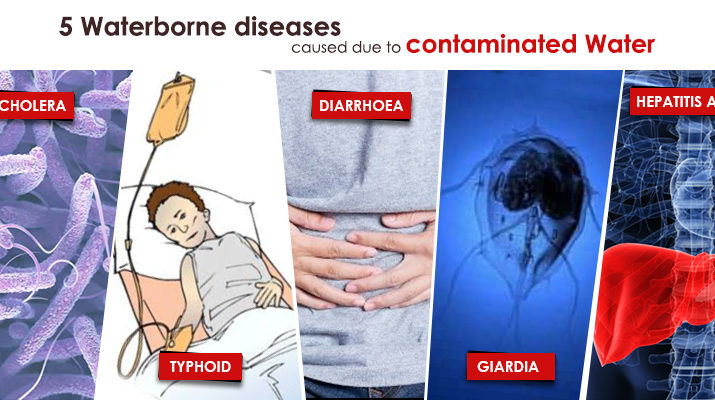 Water is regarded as the source of our life and as much as it is a life-giving sustenance, it could also bring threat to the human being. According to the World Health Organization (WHO), waterborne diseases are the deadliest killers known to man. It is not the water that causes harm but, it is the various contaminants and microorganisms that thrive in the water can cause various waterborne diseases. Diseases can be contracted not just by drinking contaminated water but even also by merely getting into contact with it. Let’s discuss 5 waterborne diseases that can be caused if you drink impure water.

Cholera is an infectious disease that is caused because of the consumption of food or drinking water that is contaminated with a bacterium called Vibrio cholerae. The person who gets infected by this disease experiences severe watery diarrhea and this can lead to dehydration and even death if untreated. This disease is most common in places where there is poor sanitation, crowding, war, and famine. Besides, Vibrio cholerae, the bacterium which causes cholera, is mainly found in food or water that is contaminated by feces from a person having the same infection. Some of the common sources that can cause cholera includes consuming supplied water without filtering it, eating foods and drinks sold by street vendors, consuming raw or undercooked fish and seafood that are caught in waters polluted with sewage.

Typhoid is an acute illness that is associated with fever and is caused by the Salmonella enterica serotype Typhi bacteria. This bacteria gets deposited in water or food that people consumes and as result gets infected. People with acute illness contains a high concentration of bacteria and they can contaminate the surrounding water through stool. Those who are infected by typhoid can experience symptoms like poor appetite, headaches, generalized aches and pains, high fever, lethargy, diarrhea, and many others. In addition to this, people may also experience some other common problems like chest congestion and abdominal pain.

Giardia infection is an intestinal infection that is marked by abdominal cramps, bloating, nausea and bouts of watery diarrhea. Giardia infection is caused by a microscopic parasite that is found especially in those areas with poor sanitation and unsafe water. The parasites are not only found in backcountry streams and lakes but are also found in municipal water supplies, swimming pools, whirlpool spas, and wells. Some of the people with giardia infection never develop any signs or symptoms but they still carry the parasite and can spread it to others through their stool. Some of the symptoms that you can experience if you are suffering from Giardia are watery /greasy stools, fatigue or malaise, abdominal cramps and bloating, Gas or flatulence, nausea, weight loss and etc.

Hepatitis E is a virus that infects your liver and can cause your liver to swell up. The main cause of hepatitis E is eating undercooked meat from infected animals like pigs or deer, drinking impure water. Hepatitis A is a type of hepatitis that can be caused due to the infection of hepatitis A virus (HAV). It is an acute type of disease, which usually requires no treatment. Some of the causes of Hepatitis A consumption of food or water contaminated with fecal matter that contains the virus. This highly contagious form of hepatitis can also be spread eating food prepared by someone who is infected with the hepatitis A virus and even eating food handled by preparers who don’t follow strict hand-washing routines.

Solution to these Waterborne Diseases

All these diseases are either caused due to unhygienic eating habit or by consuming impure water. So, the solution is quite simple. Maintain healthy eating habit, stop eating from street vendors and finally drinking clean filtered water. To drink clean water, you need to just install the best RO water purifier, which can clean all the impurities from water and deliver pure drinking water. 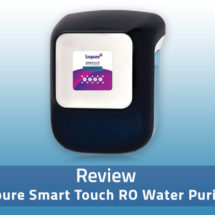 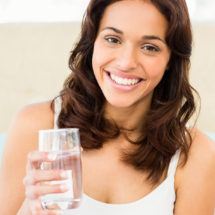 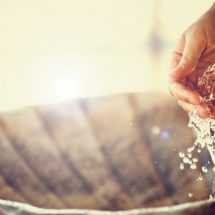 RO Water purifier- A Need for Every Home 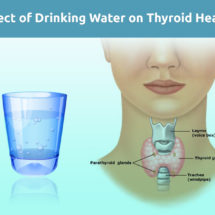 Here’s How your Drinking Water Affects your Thyroid Health